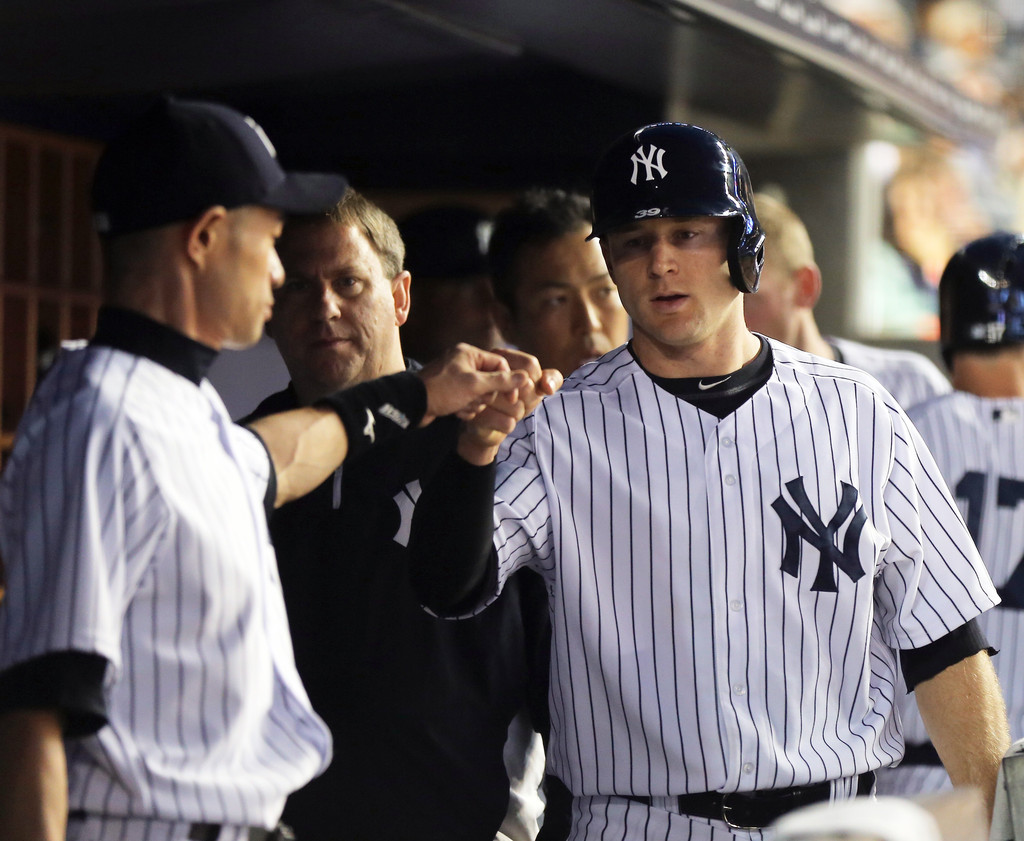 When I decided to take a break from writing about my life as a baseball wife back in 2015 –  and if I am honest, 2013 when David could officially call himself a major league baseball player, because everything I wrote after that point was smoke and mirrors and empty promise after empty promise to actually write – and declared this blog “retired,” I never thought I would find my way back. I was done. I didn’t want to put my world on display any longer, and I just wanted to enjoy my life as the wife of a baseball player, in private.  But there was a far greater reason for my desire for privacy than my psyche would admit – fear. I was afraid that David would fail.  I was afraid that WE would fail.  I was afraid of living life in the very moment that God had gifted us, unafraid of what the future held. And I was afraid of doing all this failing in public – where everyone could see.

After David made his MLB debut and spent a good portion of the 2013 baseball season as the Yankees third baseman, I was unsure how to write about our experiences and excitement without feeling like a prideful dodo.  I always struggled with this aspect of living the baseball life.  How do you share excitement for your husband and all his successes without making others feel poorly about their situation or lack of success?  Baseball is ultimately a game – a very competitive one.  Not unlike life itself. Everyone seems to be gunning for themselves, fighting and clawing to reach the top.  It is ugly at times and I never wanted to give others a reason to look at us as prideful or too self-absorbed.

But the irony of it was, that despite my struggle to combat pridefulness, that is exactly what I became.  How? You ask…

Well, I became so apprehensive about sharing our lives so that others didn’t think we were bragging, that I became more focused on preserving our image by NOT sharing our lives.  Suddenly the reality of failing in front of thousands of eyes became real. When David first got called up, he was like a moth to a flame. He was even trending on Twitter.  It was surreal.  He went from the Yankees prospect that grappled with injury after injury and managed to kill the Cliff Lee trade, to the hopeful homegrown rookie, a rarity! WOW, the New York Times, talking about David like he is this rare commodity, talk about a whirlwind.

His first two weeks in the big leagues were a dream.  He was breaking records and on track to make a big name for himself if only he could stay consistent throughout the season.  But when things slowed down and the adrenaline wore off, he got in his head and couldn’t get out. It was my worst nightmare and probably his worst nightmare, too. He was up in New York, with some of the most passionate fans in baseball, under a microscope, and he started spiraling out of control. He went from hitting streak to hitless streak overnight. What the heck?! I tried so hard to stay positive and reassured myself that this is exactly why I never liked getting excited when he did well, knowing rightfully that there was always another side of the coin that could flip in an instant.  But as days became weeks and he was inevitably sent back to Triple-A – on my birthday, no less – I started to panic.

When David got back to Triple-A, he started hitting the ball again, Hallelujah, and things just clicked. It wasn’t long before they called him back up, but as the story often goes your first year in the big leagues, it can be a game of ping-pong, where you are sent up and down all year. Being tossed back and forth was something David scuffled with. Even when he played well, the team needed to make moves and sometimes that meant he had to go back to Triple-A for some time.  He soon became resentful of being jolted up and down, and this resentment wreaked havoc on his game.  (Anyone who questions the impact of the mind on physical performance, need not go far for a quick lesson.)  He ended his year on a terrible note – just check out this quick read – even though he will tell you the home plate umpire was making terrible calls. Well, that is baseball for you!

Now that David is retired (I know I still have to share what happened between 2013 and his retirement in the fall of 2016 at some point) I can look at these years with a greater appreciation.  What fun would all of these experiences have been if we had known the outcome in the end? This is why I believe it is so important to enjoy every little moment we are given.  We must not live with a hovering concern that we may fail, because it extinguishes your fire and inhibits you from living the life you were meant to live.

Life is full of mystery and wonder.  We can’t be entirely sure of what the future holds and as terrifying as that is, it is also what makes life wondrous.  Can you imagine?  A life where everything was monotone, or black and white and lacking all color?  That doesn’t sound interesting at all, so what would be the point?

Living through all of this has brought me back to writing about our lives in baseball, the good, the bad, and the ugly. All of it.  Sure, it will be from a slightly different perspective, but I am glad for that.  I am proud of my husband, and I will acknowledge it.  He deserves my praise and admiration every so often. He is on his path, one that I feel confident is the right one for him. And me?  I am living my best life, open and honest about what this life brings and what is yet to come. 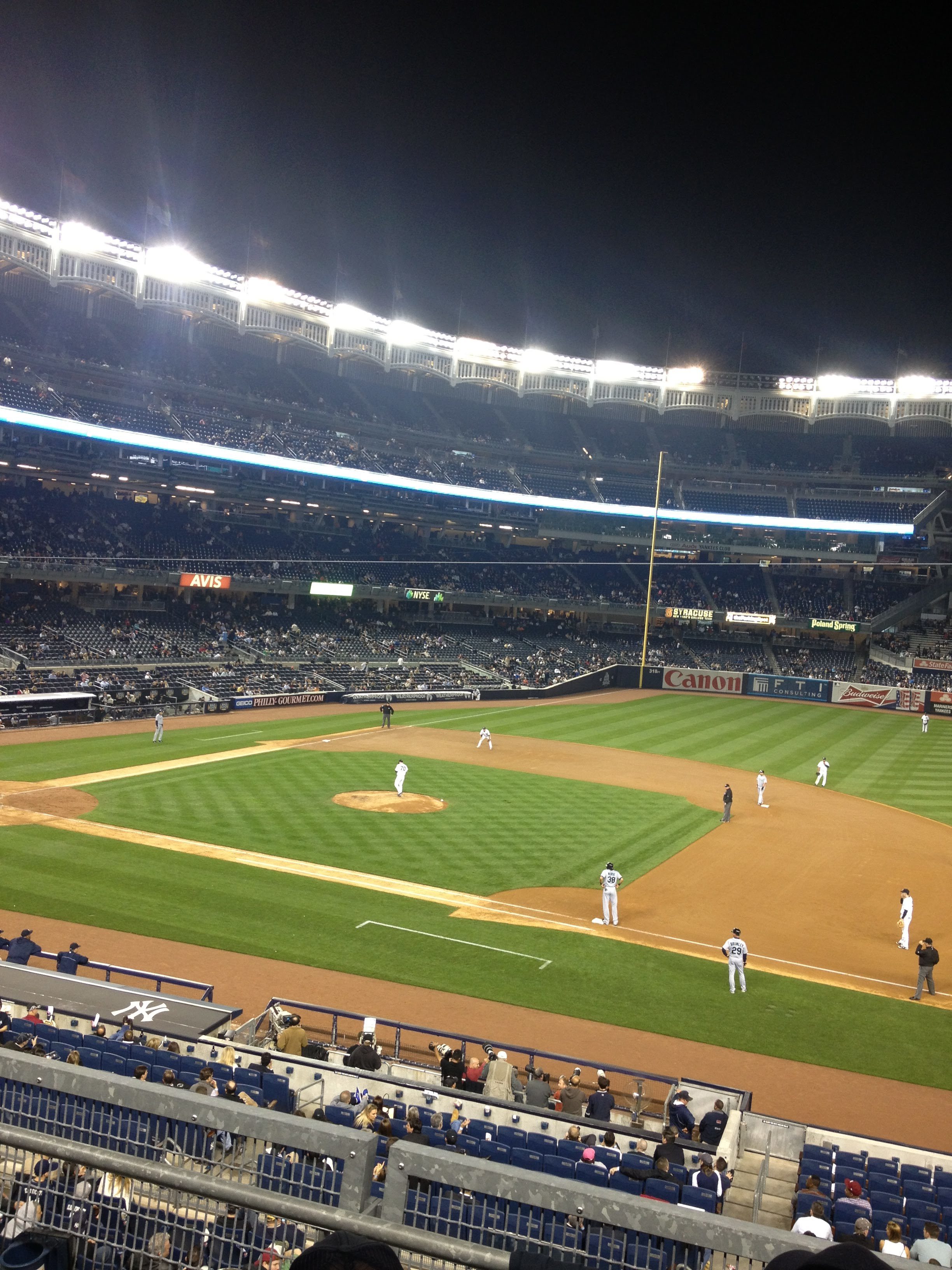 The only picture I took at David’s MLB debut. That is him playing third between 2nd and 3rd base. I am starting to take a lot more pictures now! 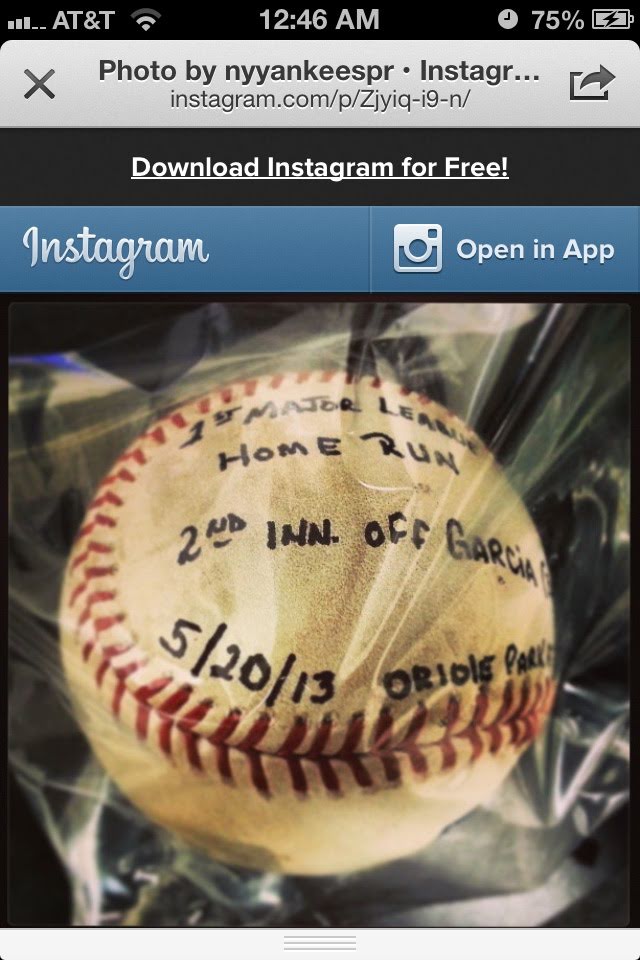 David’s First Homerun. His mom got this ball. 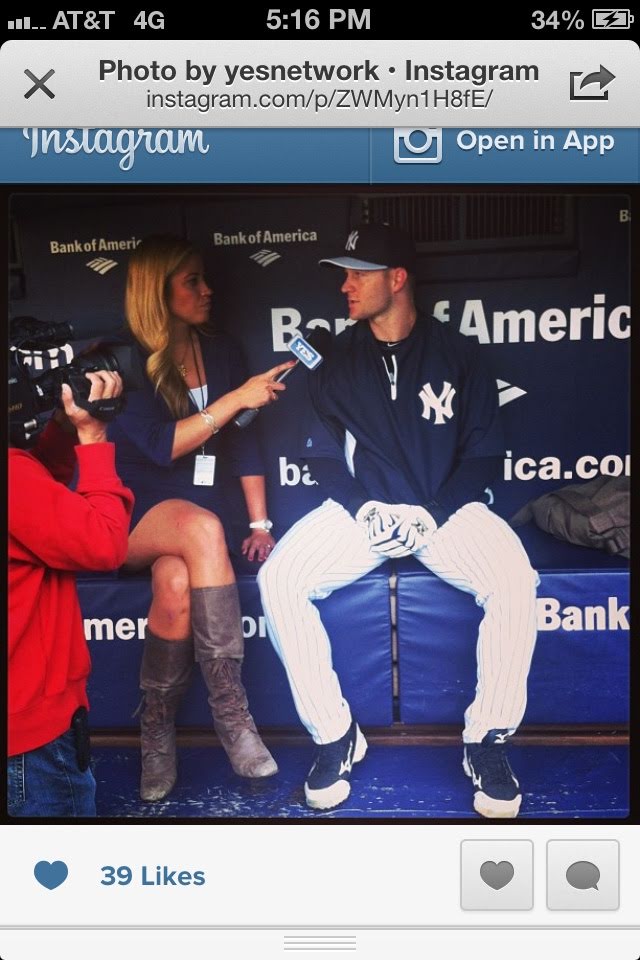 David’s first interview the day he was called up.

David Adams #39 of the New York Yankees is congratulated by teammate Ichiro Suzuki #31 in the dugout after he scored in the fifth inning against the Toronto Blue Jays on May 17, 2013 at Yankee Stadium in the Bronx borough of New York City. (May 16, 2013 – Source: Elsa/Getty Images North America)