In order to really connect with my readers, I realize I need to become vulnerable, something that is very unusual for me. In this two-part series I am going to touch herein on the holistic approach I have taken towards living a healthier lifestyle and why being healthy is so critical to me. Firstly, it is vital that you understand my journey and why I have arrived at my current lifestyle. 😉

I will start off by saying that often times I struggle with maintaining the healthiest of lives. Let’s face it, it’s easier to just eat out, skip that workout, get caught up cleaning the house or taking care of your family, than it is to put yourself first for an hour to go to the gym, do that 30 minute workout DVD, cook a healthy meal or even read a self-improvement book. I can also say that when I get lazy I tend to eat out more or resort to frozen meals. In times like these, I rarely find the time to read the bible or even listen to audiobooks – talk about lazy!  But this is why I feel so strongly that being healthy takes intention.  This means making a very conscious commitment to yourself…AND to your family to be a best YOU possible.

From a very early age, I was extremely involved in dance and sports. I was born in a generation where kids played outside and we didn’t sit around all day playing video games.  Needless to say, I have always been active.  After graduating from high school I became obsessed with fitness.  I went to the gym seven days a week and did cardio for a minimum of 45 mins every single day. I counted calories and obsessed about my weight.  Most people would probably say that I was in the best shape of my life – and I was – but looking back, I wasn’t healthy in a holistic sense. Sure, I could squat 135 LBS, run 4 miles (although I’m a TERRIBLE runner) and I could fit into a size 2, but I would binge eat at midnight, I was never happy with my appearance and frankly, I likely had a distorted image of myself.

Fast-forward to Spring of my sophomore year at UM and I had gained 30 LBS. WOW- it didn’t feel like I had gained such a big number, but in comparison, that is more than I gained in my entire pregnancy!!! I went from loving fitness to not having any motivation to workout. Not coincidently, this was the same time David and I were on a brief break; I was going out, which is very uncharacteristic of me, and my unhealthy eating habits and lack of sleep were undoubtedly culprits in my shocking weight gain.

Fortunately, this downhill spiral was short-lived and after roughly 3 months of living a life that was utterly depressing, I made the decision to get back in shape. Somehow, someway, I rose above it all and discovered a newfound strength to get back on track. This time around I was convinced I wanted to compete in fitness competitions and I started getting in shape to do so.  I got my personal training certification and even considered a career as a nutritionist. To this day, this is when I feel I looked the best because I had more muscle definition than ever before. But after a year of preparation, I watched the documentary Food, Inc and almost instantly discovered that I was driven to be a vegan.  (Disclaimer: I am no longer a vegan but I am a pescatarian; More about that in another post). Since such a drastic diet change can throw off your whole metabolism and involves a learning curve, I gained a little bit of weight during my transition.

It took me 2 years to find a comfort zone where I wasn’t a raw foodist – this is what I became when initially going vegan since it was easier than getting creative with food – or experimenting with being a vegan, vegetarian, pescatarian and omnivore, yet again, to settle on doing what just felt right to me.  Slowly the weight started to fall off again and I found my true set weight-range.
When I became pregnant with little Jethro I stopped working out since I was tired, nauseous and a little frightened to do too much.  The experience of a miracle growing inside of me was so new and I didn’t want to do anything to jeopardize that. Largely due to the morning sickness, I had THE ENTIRE pregnancy, I only gained about 25 LBS. I pretty much ate all carbs and nothing healthy appealed to me. My second trimester I started having the worst heartburn so even the foods I did like were hard to enjoy. Thankfully, my pregnancy went very well and just as scheduled, I had a healthy 7 LB, 8 OZ baby boy in the fall of 2013.  I was fortunate that when I left the hospital I lost nearly all the weight with the exception of the 10 or so LBS of fat I gained.

When I came home from the hospital I noticed one big change – CRAVINGS! I swear, I didn’t have any cravings while I was pregnant but suddenly all I wanted was junk. I imagine this was due to my high carb diet during the pregnancy but I cannot be certain.  Now, this lady was breastfeeding and I couldn’t afford to eat junk.  I was the only source of nutrition for my little man, so I had to make sure that I was eating a well-rounded diet. Luckily, despite eating like a horse postpartum, the breastfeeding prevented me from gaining weight, but once the breastfeeding stopped…it was a different ballgame! I quickly found myself up another 5-10 LBS and even though I felt guilty leaving Jet to go workout, I got over it and decided it was time to make myself a priority again. I had to realize that I wasn’t being selfish, but I was actually doing this as much for my family as I was for myself.

I will leave all of you with that for today and get back to you soon with Part 2! 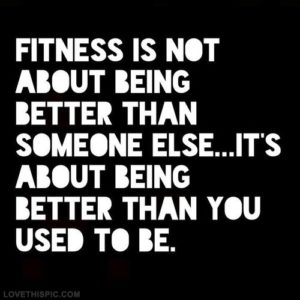