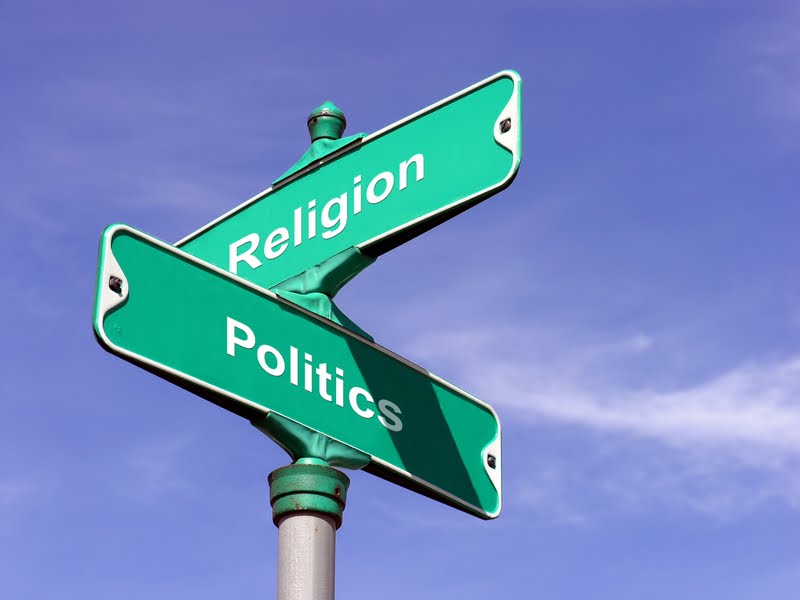 My Mixed Feelings About The Influence of Athletes

I was skeptical about writing this piece, but after much introspection and a few days, I felt compelled to proceed. Not long ago, Pro Athletes Outreach tweeted the story Pro Athletes Influence Society More Than Pastors, Say Two-Thirds of Americans. Then a few days later, a fellow blogger posted Most Americans Consider Pro Athletes More Influential than Faith Leaders. Although the findings the study both these stories are referring to are positive, I couldn’t help but have mixed emotions regarding the truth behind it all. Let me explain.
What stood out for me in this story is a fact that we already know to be true, but nonetheless concerns me. Ok, let’s be honest, it is no secret that “celebrities” are influential. What other reason would companies have to endorse actors or athletes and pay them millions of dollars to use their products if this wasn’t the case? This is not a tragedy nor is it wrong, but it is important to remember that while “celebrity” can be used for a multitude of good, it can equally be used for bad.

My concerns herein stem from the fact that Americans would TRUST an athlete or an actor more than they would an expert in any given field. Doesn’t it sound strange to you that someone would be more likely to follow Christ because an athlete does than they would because a faith leader’s message transcended a divide? What is it about someone who throws, catches, or hits a ball for a living that makes them more trustworthy or influential, for that matter? I never truly understood it and I’m not sure I ever will.

For me, this gives light to the crux of a much larger issue that has overcome America. It never ceases to amaze me how easily influenced persons are in an array of issues for the mere fact that a pretty face behind a much larger brand said it would behoove you to feel, vote or behave a certain way.

In all honesty, I am elated that Americans are being positively influenced by athletes and that is undoubtedly invaluable, but this is not what drove me to write this piece. I am concerned that in today’s information age, where technology allows for much faster communication and a far greater exchange of information in a shorter amount of time, a level of credibility and even morality has been lost. Fewer and fewer people care about what is right or wrong, and more are looking to follow the status quo. With agenda setting and profits as the main priority of the media, their stories are as often inaccurate and downright false as they are truthful. I’m not sure about you, but I remember a time when I trusted the media, yet now I avoid it.

You may be asking right now why technology is even relevant here. All I can say is, technology has everything to do with it. The most notable effect technology has had on the sports and entertainment world is accessibility. Because of social media and websites like Facebook and Twitter, people feel that they ‘know’ athletes. The world has access to baby pictures, family vacations and endless information that would otherwise be private. This has built a bridge between the gaps and while it has its benefits and appeal, this is not really ‘normal.’ Then again, I am not sure what is normal anymore.

More than ever, I have recently felt a strong presence pushing me away from technology. When I quit my job to be with David, 8 hour days of TV, sticky-cell-phone-syndrome (thanks Blackberry and iPhone) and overall less productivity invaded my life. America’s children suffer from obesity because they don’t know what it means to go outside and get sweaty playing kickball or tag anymore. Technology has helped us in myriad ways, but it has equally done us a disservice. Because of technology, we can communicate more easily and we are afforded more opportunities for growth than ever before. Heck, given that David is an athlete, I should welcome the greater potential for financial success due to what technology has offered, but my logic and emotions tell me that no amount of money in the world can make up for what we have subsequently lost.

Almost ironically, society has become more distant than it’s ever been and regressed in all-to-many ways. Honestly ask yourself – when was the last time I called someone to find out how they were doing instead of texting or emailing? If you are old enough to remember the slower days of technology… are we truly better off today than we were when you were a child? This is a crisis, my friends. I am the type of person who looks at the glass as half full rather than half empty, but this is something that my heart cannot ignore.

This study proved many things, one being that God has given David a wonderful platform in which he can spread His Word – something we do not take lightly. Given the circumstances and that Americans are so strongly influenced, this is even more reason to live a Godly life and work hard every day to honor our Father in Heaven, but I beg you all to truly ponder this for some time. If you are influenced by someone because of their “fame,” why is it so? Did you vote for the President because you had all the facts or because Eva Longoria or Jay-Z told you to? Do you follow or SAY you follow Christ because it is truly in your heart or because you want to emulate Ray Lewis or Tim Tebow? All I am saying here is that you have to follow your heart and do what you feel called to do given that you are acting morally. And when you have questions, use the credible resources technology has afforded you, or consult an expert, don’t seek the opinions of actors or athletes whose authenticity or intentions you have no way of truly knowing.  But while you are at it, put down your phone and turn off your TV for a while. Go outside and enjoy the wonderful gifts God has given you that are absolutely free. Beauty is all around you, don’t let it go unseen because you’ve invested more time online or on your phone. 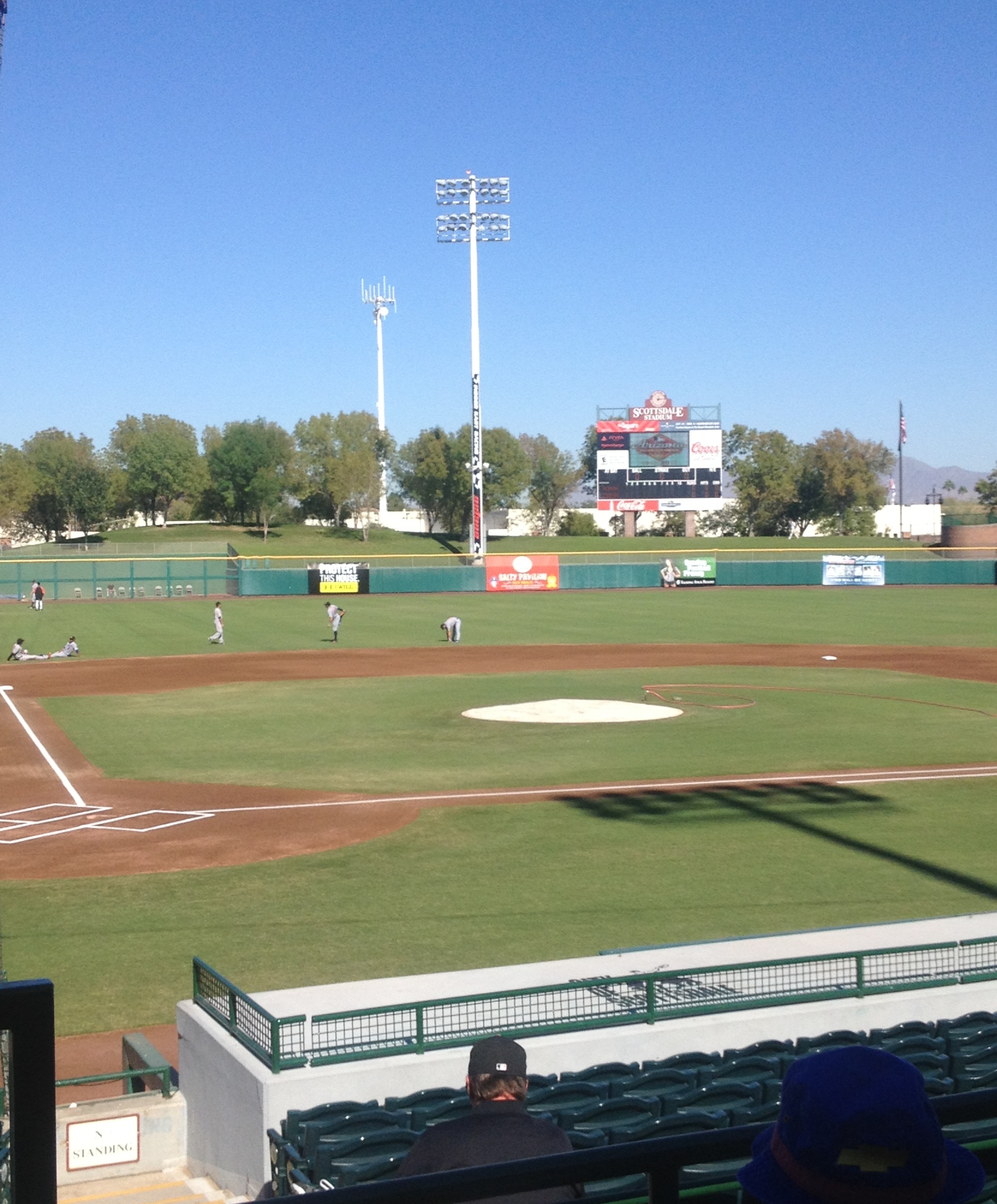 Sorry I have been so absent! It has been a crazy few weeks, well, with the election and American Airlines losing my luggage. Oh yeah! I haven’t told you all about that fiasco. My bag tag got switched with another flier’s and my suitcase ended up on vacation in Lima, Peru. The nerve. I’ve never even been to Lima and now my bag thinks it can just take off without me? Rude!

Anyway, 72 hours, a few new outfits and a small makeup fortune later, I was finally reunited with my suitcase. Things could definitely be worse and I am just glad I landed in Arizona in one piece, but seriously, you don’t mess with a woman’s makeup, shoes, and clothes. Didn’t American Airlines get that memo?

Since arriving in Arizona I’ve been able to enjoy a few of David’s games. The Rising Stars game was on Saturday and I was elated to be in town for it. We honestly didn’t even plan that out and the timing happened to be perfect. Divinity, I suppose.

There really isn’t much to report from here, boy, I never thought I would be at a loss for words unless of course, you are interested in hearing me rant about politics, but I rather spare you. Truthfully, I have been busy with my freelance writing and as of late I’ve been a guest blogger on My Political Rants. I am really enjoying it and even considering getting more involved in politics given the dire need for an uprising in young conservatives, but I won’t get into that here. If you are interested in reading more about my views I encourage you to check out Derrick Coleman’s blog.
Enjoy the rest of your week!